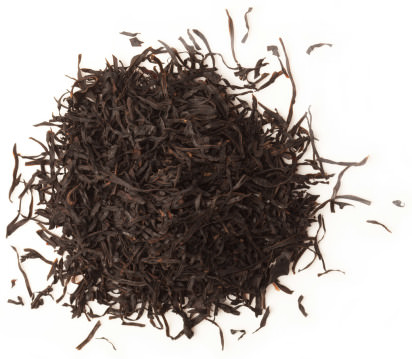 Arame is a type of seaweed which is naturally rich in vitamins and minerals, including calcium, copper, magnesium, iron, zinc and iodine. These are highly beneficial to the skin and hair, making seaweed prized for its ability to cleanse, tone, soften and calm the skin.

The arame that we use is harvested from the coastline of Japan. It is traditionally gathered by women, known as 'Ama', who dive up to 20m without breathing equipment to collect the arame from the seabed - particularly impressive given that they have an average age of 70 years old.

Arame Seaweed can be found in these products

Women of the sea

Arame seaweed is a type of kelp with wide leaves, up to a foot in length. The arame that we use comes from the coastline of the Ise peninsula in South-East Japan, where it is typically gathered by hand in the late summer months of July and August. We use this mineral-rich, skin-softening seaweed in our Sea Vegetable Soap and our Big Blue Bath Ballistic.

Seaweed is rich in vitamins and minerals, including calcium, copper, iron, magnesium and zinc, and arame contains particularly high levels of iodine, all of which have wonderful effects on the skin and hair.

Arame has featured in Japanese history for thousands of years and is traditionally harvested by women, as they are said to be able to dive deeper and cope better with the colder water where the arame grows along the sea floor.

The women who dive to collect the arame are known as ‘Ama’, which translates as ‘women of the sea’.

The average age of the Ama is around 70 years old, which is impressive given that the women are able to dive as deep as 20m, without the use of any breathing apparatus. The only equipment used is a pair of goggles, flippers and an instrument called a ‘kama’, which is a type of sickle used for cutting and prizing the arame away from the seabed.

When collecting the arame, the Ama wear a traditional long-sleeved white dress with a bonnet-style hat, which has the Japanese protection symbol stitched onto it, to safeguard them from danger when out at sea. The women also wear a wetsuit underneath, to keep them warm when they are diving.

It takes around one hour for the Ama to fill a small fishing boat with arame and, as diving is such a tiring task, they only spend a maximum of 90 minutes at sea before they retire to their small huts by the ocean, called ‘ama-goya’, where they can sit by open fires to chat, cook, carry out washing, and crafts, before the second low tide of the day when they repeat the collection process.

When the arame has been collected, it is brought to shore and sun dried on the concrete pavement for a few days. When it is fully dried it is weighed and payment is made. It takes approximately 5kg of fresh seaweed to produce the finished weight of 1kg of dried arame.

There are self-imposed restrictions in place which dictated how much arame can be harvested from certain areas. This is agreed between the Ama and the local fishermen to help protect the sea’s natural ecosystem and safeguard the use of arame in Japanese culture.

Unfortunately, the future of the Ama already looks uncertain. If consumers eat less arame, then there is a lesser need for the Ama to collect it, and the younger generation are increasingly driven to work in towns and cities rather than harvesting arame as their mothers and grandmothers have done before them.

The women who dive to collect the arame are known as ‘Ama’, which translates as ‘women of the sea’.