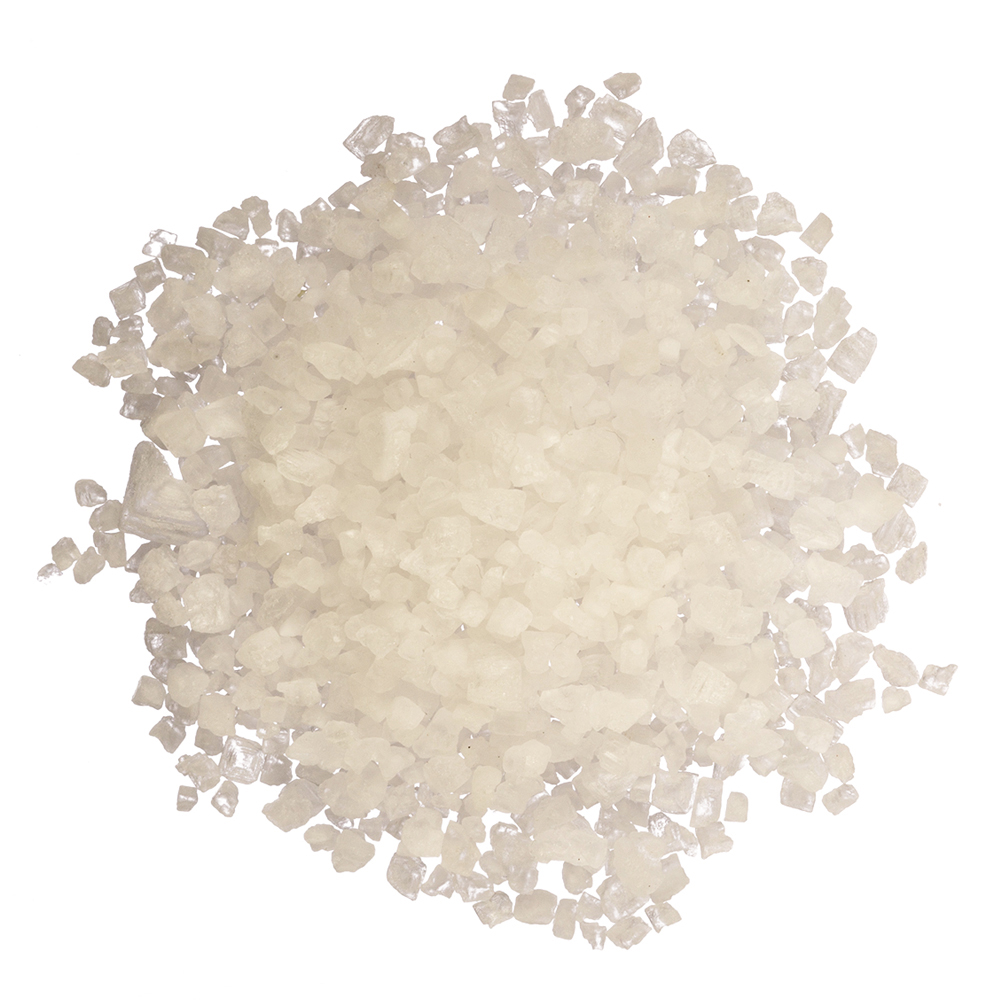 56
Products with this ingredient
View all products

Cleansing the skin with fine sea salt is an excellent way to benefit from its exfoliant, antimicrobial and astringent properties without stripping away too much natural oil. Sea salt is also used in haircare products to increase volume and shine.

There are different types of salt - some come from the sea (or saltwater lakes) and are obtained by evaporating water, while others are mined from the ground. Sea salt is less processed than conventional table salt and therefore remains full of moisture and the various minerals and elements found in the area where it is harvested. This is also why it must be tested regularly to ensure that it hasn't been contaminated with pollutants.

Moreover, salt is a natural preservative that can help to keep products clean and free from micro-organisms when used in appropriate quantities.

Lush purchase fine sea salt from Lake Atanasovsko, Bulgaria. An essential stop on the Via Pontica, Europe's second-largest bird migration route, the lake welcomes more than three hundred species of birds each year. The salt marshes support biodiversity and provide shelter for them, including the vulnerable Dalmatian pelican.

Supporting local initiatives is also important to Lush, but the sea salt industry doesn’t thrive on the British coasts, given price competition and lower temperatures (that prevent the salt from drying in the sun). Yet a fearless new venture was launched in 2017 on the Isle of Portland, Dorset. Adding modern to traditional methods, they use heat lamps to dry salt as well as wind, solar and biomass energy. Their fine salt is found in Big Blue and Sakura bath bombs.

Fine Sea Salt can be found in these products

Seanik
Shampoo Bar
Buoyant and beautiful hair
£8.00
/
55g
Only Available In Gift
Big
Solid Conditioner
To make you feel like a mermaid
£7.00
/
50g

Protecting the pelicans of Atanasovsko Lake

The Bulgarian Biodioversity Foundation is reporting high hopes for a salt pan project that provides a safe home and breeding ground for shy Dalmatian pelicans whose numbers have been under threat. Laura Briggs reports.

For migratory birds, man-made salt pans offer a welcome break. As hundreds of thousands of birds make their way south – and back again - on their annual pilgrimages, salt pans attract hundreds of species,  from ospreys to avocets; Kentish plovers to pelicans.

The Atanasovsko Lake in Bulgaria provides a vital stopover for more than a million migratory birds making their way along Europe’s second largest migration route – the Via Pontica.

Part of the Burgas wetland complex, Atanasovsko Lake is the only saltwater lake of three lakes which form an internationally important habitat for wildlife, alongside the Black Sea.

More than 300 of Bulgaria’s 420 bird species, including the Dalmatian pelican  – once classified  as ‘Vulnerable’ to extinction, but now, thanks to a raft of conservation projects including this one, downgraded to ‘Near Threatened’ by the International Union for Conservation of Nature (IUCN) - take refuge here, and thanks to careful conservation their numbers are increasing.

The salt pan was created when the original wetland was drained in 1906 both for salt production and to try and reduce the risk of malaria transmitted via the mosquito populations thriving there and Atanasovsko Lake is now recognised as one of Bulgaria’s most important sites for birds.

Although the lake is just 30cm deep in places, it currently has the highest concentration of migrating Dalmatian pelicans between the Danube delta and the Bosphorus[LI7] . At almost 9km long and 4.3km wide, the northern part of the lake is a firth, (defined as a narrow inlet of the sea or an estuary)  and the southern half has the characteristics of a lagoon.

BirdLife International has recognised the lake as a globally important bird area; it’s included in the Ramsar Convention list, and as a Natura 2000 site and is now a well-managed and protected area.

In both 2006 and 2010 Atanasovsko Lake flooded with fresh water due to heavy rains, destroying many dykes and barriers where birds rest. The salinity of the lake dropped to zero and conservation work began on clearing channels and repairing the barriers.

Diyana Kostovska, of the Bulgarian Biodiversity Foundation, explains: “Although it’s not a very old salt pan, it’s a really important place not only for birds but for other wildlife, and creates vital habitats along the Via Portica migration route.”

This route is important for the birds because it connects with other pelican colonies living in different places including Greece and Turkey.”

Lush has backed  a project which started in the winter of 2017 with the goal of protecting the pelicans of the salt pan and which has led to the creation of an artificial island, (measuring 8,100m sq), on Atanasovsko Lake that was designed specifically for the pelicans, which have found it hard to settle on the other two lakes in the complex.

Since 2016 the Dalmatian pelicans have had only one breeding site in Bulgaria, at the Danube nature reserve, with just 40-150 breeding pairs.Globally there are thought to be only around 10,000 adults.

Radostina Tzenova, also of the Bulgarian Biodiversity Foundation, says already the pelicans are getting comfortable on the platform[LI9] , and that the organization is optimistic that in the next year or two, pairs will return to the lake and breed.

She explains: “They fly every day to the other lake to find fish. You can set your clock by them. Every morning at 8am they go to the other lakes to fish and they return again to the salt lake to use the dykes to rest and to sleep.”

But finding financial support for this project has been a struggle admits Diyana who says:  “Our surveys show that Bulgarians are very sensitive to their environment and to ecology and that they are receptive to this conservation project, however we still struggle to get them to back it financially.

“Buying salt from Atanasovsko Lake also ensures its continued use as a resource for the local community, and this is of course, good for the birds.”

The new platform has also proved successful in allowing Diyana, Radostina, and other researchers to observe the pelicans and learn more about these shy birds. A model of nesting pelicans attracts real birds to the platform, and a camera observes the birds.

Pelicans are notoriously flighty – previously settled pelicans on the other lakes in the Burgas wetlands complex were frightened away by illegal fisherman, whose activities can cause the frightened birds to abandon nesting sites - and so the key challenge is to make the birds feel settled and undisturbed in their new home.

And all the efforts being made to ensure the birds do feel safe and settled appear to be paying dividends with Radostina reporting that the pelicans, which are still juvenile, were staying on the platform.

“Pelicans can be very unsure so we were very happy that they stayed! Hopefully this year or next, as these juveniles mature, they will migrate but return to the site to breed.”

Atanasovsko Lake is then a perfect example of how people can work together with nature. As an open spa and a nature reserve, the lake attracts over 50,000 visitors a year. There are two trails along the lake and the visitor experience is constantly improving and helping to educate people about the importance of conservation.