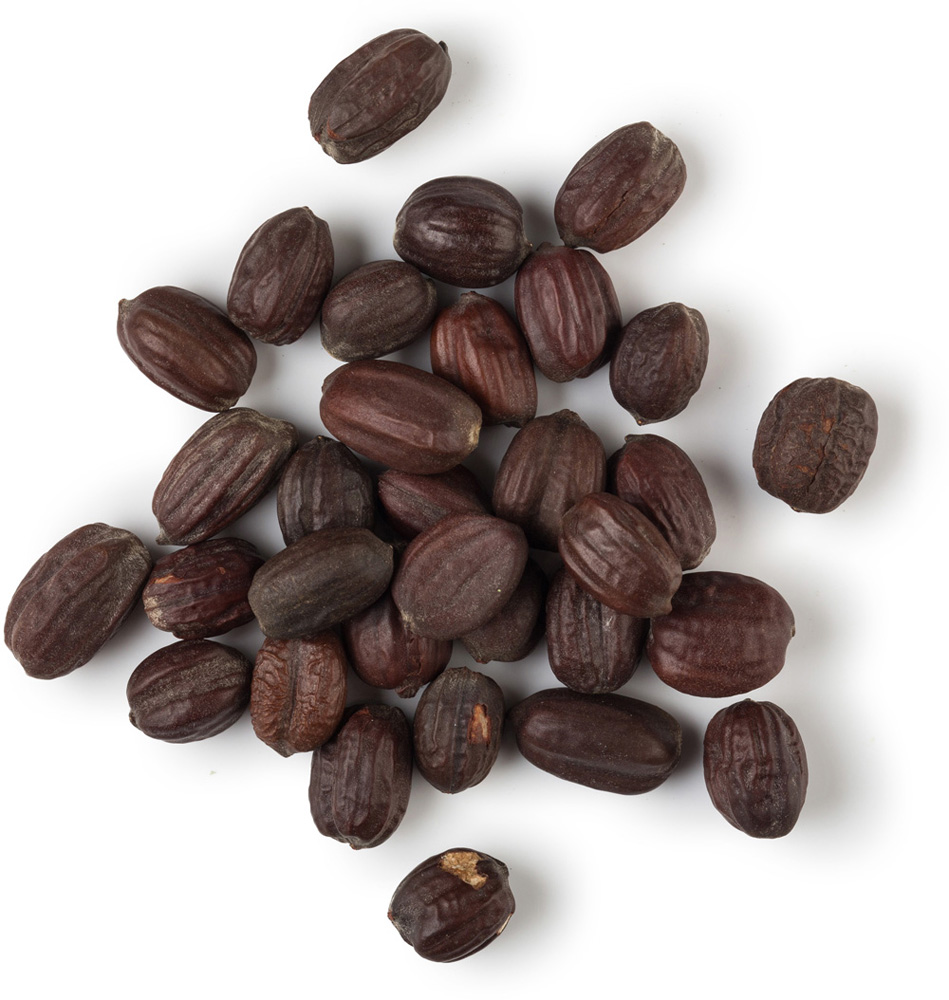 277
Products with this ingredient
View all products

Jojoba oil is an excellent moisturiser and emollient for skin and scalp. Due to jojoba oil's affinity with our own sebum, it is more readily absorbed by the top layer of the skin and helps to balance sebum production. It also conditions the hair by lightly coating it, adding shine and manageability.

Organic jojoba oil (phonetically: ho-ho-ba) is obtained by pressing the seeds of the jojoba shrub (Simmondsia chinensis). The plant is native to the Sonoran Desert in Northwest Mexico and Southwest USA, and its deep root system and leathery leaves make it well suited to droughts and intense heat. It can also be cultivated in areas suffering from soil erosion to help improve soil quality.

Lush purchase jojoba oil from a producer who sustainably cultivates organic jojoba seeds in Peru which are then processed into oil in Panama.

Organic Jojoba Oil can be found in these products

Golden, luxurious and versatile: Jojoba oil is one of the most popular ingredients used in Lush skincare, haircare, and everything in between! But where does this exquisite liquid wax come from? Read on to discover the story behind our jojoba oil producers, and how they turn the acorn-like, olive-like nut into this wonderful, golden oil.

Jojoba oil, phonetically pronounced ho-ho-ba oil, bears a strikingly similar resemblance to our skin’s own natural oil, called sebum. This means it is easily absorbed into the skin, hydrating the surface and balancing our body’s own sebum production. It also has a conditioning effect on the hair by adding shine and coating the strands in a protective layer.

It comes from the Ica desert region of Peru, approximately 160 miles along the coast from the capital city of Lima. The area has a dry, temperate, yet 'mild' climate believed to provide an ideal growing environment for hardy jojoba bushes. As the skins of the jojoba nuts thicken at temperatures around 40C, the jojoba growth period is restricted in many countries where peak temperatures are extremely high. Jojoba bushes are also sensitive to extreme cold, as frost kills the flowers needed to produce the nuts. In this desert region, the temperature never falls below 6C.

This region of Peru is home to the jojoba growers that supply Lush’s rich, golden jojoba oil. This producer provides their employees with added benefits, including the potential to earn double the average income for agricultural work, free transportation to and from the plantations, and free meals provided during the working day.

Alongside looking after their employees, the producers also invest in the local community, and donate supplies to two schools twice a year. They are committed to keeping ethical practices at the heart of their work.

Sustainable practices are upheld during the growth and production of the jojoba plants. In addition to only using organic fertiliser, chemicals such as herbicides, pesticides and fungicides are not needed or used due to the dry climate. The jojoba plants are watered using drip irrigation, keeping water usage to a minimum.

Bush cuttings start life in a nursery. After a few months when the plants are stronger, they are transferred to a less protected area, and are finally planted outside when they reach around a year of age. After two years, the bushes start producing the jojoba nuts. These are produced by the female plants and pollinated by the wind, which carries the pollen from the small percentage (about 10%) of male bushes interspersed throughout the plantations.

During the months of December to May, jojoba is ready for harvest. Bespoke machinery, designed and manufactured in-house, is used to gently shake the bushes. This is a quick, effective way of encouraging the seeds to drop without damaging the plants. The nuts are then harvested from the ground using rakes, and transported to the sorting site located on one of the plantations. Here, leaves and other debris are separated away from the precious, golden nuts.

Once removed from their hard outer-shells, the jojoba nuts are sent to a new production facility in Panama. The leftover hard shells are treasured, and these are collected to turn into fertiliser. For each truckload of rich, jojoba nuts they receive, the processors typically obtain a 47% yield by cold-pressing.

The resulting product is an indulgent oil that feels beautiful on the skin and hair, adding a luxurious feel to cosmetics.